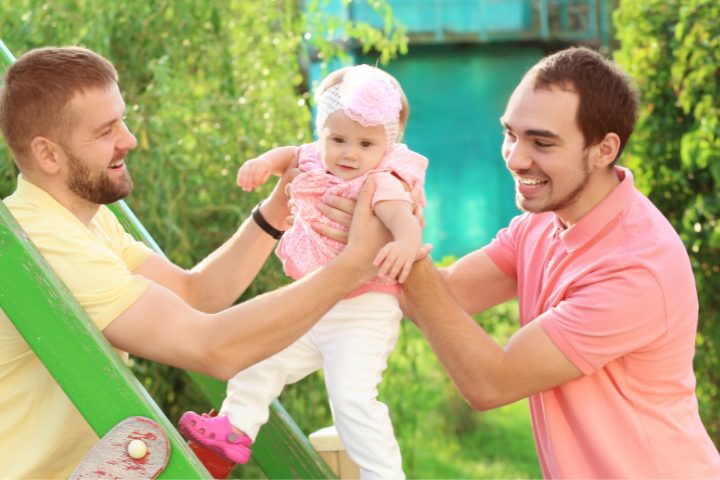 Adoption records can give the adopted child information about where they come from. But then, why are adoption records sealed? They are usually sealed in order to protect the identity of the birth family who gave the child up for adoption. Read on to know more.

When an adopted child becomes an adult, sometimes they might grow up and desire to know about his birth parents or from which background he has come. It’s estimated that nearly 1.8 million children in the United States are adopted, of which 25 percent are adopted from other countries.

The original birth certificate is the primary document from which an adult adoptee can know about his birth parents and the date on which he was born, the hospital’s name, and various others. We discuss more about sealed adoption records, keep reading for more information.

Adoptions were informal before 1949, and the children were usually placed in adoption when their parents could not provide them with basic needs. There were limited records of adoption at that time.

After World War 2, many unwed mothers started keeping their children in adoption agencies. The court also started implementing sealed adoption records.  At the time closed adoption was the only choice which meant there was no contact between the birth parent and the adoptive parent. Adoptive families never got to know who the real birth mother was, and records were kept sealed.

Why Were Adoption Records Sealed?

The purpose of sealing adoption records is to protect the privacy of the birth parent who has placed the child for adoption. On the other hand, sealing birth records also prohibits the birth parent from interfering in the adoptive child and adoptive parents lives.

Sealed adoption records also protect the child from social pressures associated with being born out of wedlock and other such situations where the baby had to be given up for adoption.

For How Long Are Adoption Records Sealed?

How To Open Adoption Records?

While the process for each state is slightly different, you will need to petition the court to get Access to adoption records. In some cases, this request for Access to adoption records might be denied, but you can always request for a confidential intermediary. The confidential intermediary will help access the records and share relevant details with you.

What Type Of Information Is There In Adoption Records?

Nonidentifying information refers to the restricted description of the adopted child and his relatives to the adopted parents and his family.

Whenever an adopted child reaches 18 years of age, almost all the states in the United States allow seeing nonidentifying information on request in the form of writing.

However, the rules may differ from one State to another. There are 26 Sates in the U.S. which reveal nonidentifying information, including the health and social history of the child. Moreover, 15 states in the U.S also reveal the biological sibling, if any of the adopted child.

In New Jersey and Nevada, the medical and social information of the adopted child’s birth parents is revealed while putting them in a new family.

In New York, if the adopted person wants to access nonidentifying records, he has to register in-state adoption registry.

Almost every State in the United States permits access to identifying information, if the person whose information is being searched has given consent on the file. If the consent is not there on the file, then it can be disclosed only through a court order.

37 States  in the United States allow the adopted person’s biological siblings to find and release identifying information upon mutual consent.

In Connecticut, the release of identifying information is not disclosed if the child adoption agency that has the needed information determines that releasing such information can hamper the social and mental health of the sought person.

In Texas and South Carolina, the adopted person has to undergo a counseling process about the impact of searching and contacting his birth parents before the identifying information is revealed.

Which States Have Open adoption Records?

How Can I Find Adoption Record In California?

California is one State in the United States with close adoption records, or the records are not readily available to the public.

You have to contact the country clerk to know the rules and regulations of opening adoption records.

Remember, you need to be at least 18 years of age to access all the vital records. After knowing all the rules and regulations file a petition in court to unseal the adoption records.

You need to meet the judge on the given date and explain why the adoption records are unsealing. Remember, the reason should not be personal. A medical emergency can be a valid reason for unsealing your adoption record. The judge can approve or disapprove your request to open adoption records.

#4. See The Information On The Adoption Record

How To Unseal Adoption Records In Pennsylvania?

Earlier in Pennsylvania, the adoptee had to file a court order to see their original birth certificate, which is usually not affordable. But after November 3, 2017, the adoptee can file an application in the Department of Health which will usually cost $20.the application is generally processed within 45 days.

#1. Which states have sealed adoption records?

#2. What information is on an adoption certificate?

#3. How to find if I am secretly adopted?

If you have already talked with your parents, but they are admitting that they are your biological parents, then it’s better to do a DNA test to confirm.

Yes, a birth mother can contact an adopted child, but only in an open adoption. The open adoption allows the mother to contact his biological child regularly or through phone calls, messages, and video calls at affixed intervals. In the other case, the closed adoption records are sealed and the only way would be to approach mutual consent registries and hope that the child has registered for the same.

The sealed adoption records mean there is a practice of sealing the original birth certificate and some vital documents and disclose to the public only on court order. However, the rules and regulations associated with sealing adoption records vary from one State to another.

Thank you for reading this article. I hope I have answered all your questions regarding sealed adoption records.