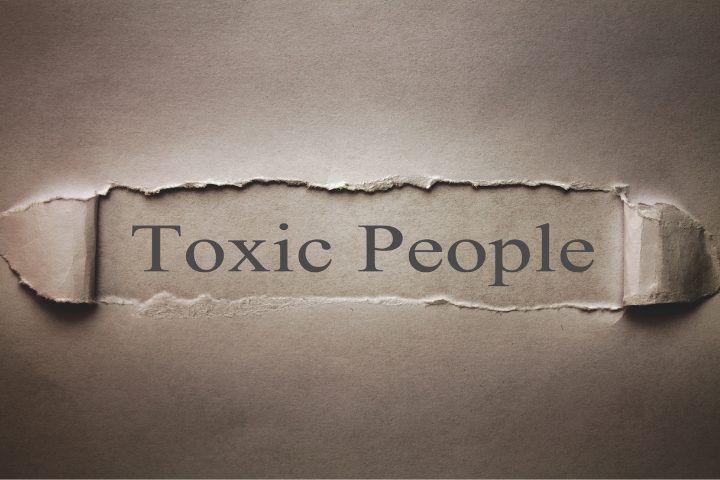 How can you defend yourself if someone wants to harm you? How to handle someone who wants to destroy you and is hell bent of making your life miserable. It may be a jilted lover, a past enemy, someone who is your rival at work or anyone else, but we will help you learn what to do.

If someone you care about wants to destroy you, there are a few things you can do to protect yourself. First, be honest with them and let them know how you feel. If they don’t listen or take your concerns seriously, it may be time to distance yourself from them.

Second, don’t give in to their demands or let them control your life. Stand up for yourself; don’t let them get the best of you. Understanding the situation correctly is very important in such a situation.

Be honest with them and let them know how you feel. If they don’t listen or take your concerns seriously, it may be time to distance yourself from them. Don’t let them control your personal life or put you in a difficult situation. Stand up for yourself; don’t let them get the best of you.

People who often want to destroy you are toxic. The most important thing to remember when dealing with a toxic person is not to let them get under your skin. Stay calm and assertive, and don’t let them manipulate you into doing things you don’t want to do. Don’t try to argue with toxic people or convince them they are wrong – it’s a waste of time, and you will only get frustrated.

Toxic people are manipulative and use gaslighting tactics to control their victims. They may be charming and charismatic on the surface, but they have an abusive and destructive dark side. Toxic people can be tough to deal with, and knowing how to protect yourself from them is essential.

They often have a very judgemental tone and will be very critical of others. Manipulative people can also use guilt trips or other tactics to get what they want. They can also be quite dishonest and disloyal.

People with a negative approach to life are often toxic. They care more about themselves than anyone else and will do whatever they can to get what they want. They are always looking for ways to bring others down and tend to be very pessimistic. If you have a toxic person in your life, staying away from them as much as possible is essential.

They put others down. Toxic people will criticize and belittle you, often in public or in front of others. They enjoy making others feel small and insignificant. Poisonous people are dishonest and usually have a history of breaking promises. If you can’t trust someone, it’s challenging to have a healthy relationship with them, to be honest with you.

Toxic people are individuals who tend to blame you for their problems. They’ll make you feel like you’re constantly at fault, even when you’re not. No matter what work you do, it’s never good enough.

They often act as victims and make you feel like you’re the wrong one, even when you’re not. They can be very harmful and critical, constantly pointing out flaws in others. They also love to stir up drama and will do anything to get a reaction from you.

Ways in Which Someone May Try to Destroy You

Toxic people are incredibly destructive. They will criticize you until you start to believe that you are worthless. They will make you feel like everything is your fault and that you’re the one who needs to change. And they will do everything in their power to destroy your self-esteem and confidence.

If you’re in a toxic relationship, it’s essential to get out as soon as possible. These relationships are unhealthy and damaging and will only hurt you in the long run. They might use a condescending tone or try to make you feel small.

Such evil people can be very manipulative and often use guilt trips to get what they want. They may also gaslight you, which is a technique where they make you doubt your reality. Finally, they may resort to bullying or intimidation tactics to scare you into submission.

Negative people also use humiliation and shaming to control and manipulate their victims. They want to make you feel so bad that you’ll do anything to please them. They may even go as far as to spread rumors or lies about you to ruin your reputation.

They start by putting pressure on you to do things your way and then gradually downplay your opinions and thoughts. Eventually, they may even try to isolate you from your friends and family. Before you know it, you’re entirely dependent on them and their approval.

Why Would Someone Want To Destroy You?

But in reality, when someone wants to destroy you, they are the ones who are doing them harm. They may be trying to get back at you for something that you did, or they may just be trying to make themselves feel better by putting you down.

Regardless of their reason, it is essential to remember that they are not playing fair when someone wants to destroy you. You don’t have to let them succeed in their plan – stand up for yourself and don’t let them get away with it!

To lower your self confidence

Another reasons might be that they are your rival at work or school, and they just want to see you do worse than them. They feel it will help them gain an upper hand and use toxic behavior to make you feel vulnerable and defenceless.

Once you know their motive, it’ll be easier to come up with a plan of action. If the person is trying to demotivate you, try not to give them the satisfaction of seeing you falter.

How To Handle Someone Who Wants To Destroy You

It can be challenging to deal with someone who wants to destroy you. But sometimes it becomes necessary to deal with them because you can’t always ignore them. Here are some tips on how you can deal with such people.

The whole schedule of a person that wants to destroy you is to put you in a bad light. They will try everything in their power to make you seem like the villain in front of others. You must not give them this satisfaction of putting you down. You have to be patient and respectful to them constantly.

In many cases, confronting the individual over their wrongdoings can be helpful. You can learn the person’s motives on why they want to hurt or destroy you. If you know the reasons, then there is a chance that you can find a solution to them. Confrontation can also lead to a confession.

If they are being rude and hurting you, you can try to ignore them. Ignoring the individual trying to break you will annoy them a lot. They can also resort to more erratic behavior and cheap tricks to piss you off.

Focus on the positives

If someone is constantly after you trying to get you, it can have a significant psychological and mental impact on you. You should think less about such things and focus on the positives instead.

Since you know that a person does not wish good for you. If you both work in a professional environment, then it is ideal if you just keep the interaction with them to as minimum as possible. Then it is better that you maintain a reasonable distance from them.

If every time they try to make you look bad and you do nothing about it, then the other people will also have the same opinion about you. You must respectfully disagree with them. You need to show others that you were not wrong in the situation.

Ignore the irrational things they do and focus on the good things they do. This will help you to stay positive and avoid getting wrapped up in drama.

You can tell them that you won’t tolerate their behavior and that they need to find someone else to talk to if they want to continue behaving that way. Finally, you can confront them. This step can be risky, but it may be necessary if their behavior negatively impacts your life.

They focus on solutions, not letting themselves be pulled into the drama. They also keep calm and don’t allow the toxicity to affect them emotionally. This will enable them to stay in control and focused on what’s important.

Keep in mind that toxic people are often insecure and jealous, so they’ll be more likely to attack if you’re doing well. Don’t give them the satisfaction of seeing you react; stay calm and confident no matter what they say or do.

How to psychologically break someone?

Body language can be a powerful tool for psychological breakers. Studying a person’s body language can teach you to read their thoughts and intentions. You can also use body language to manipulate and control them.
To psychologically break someone, you need to know their vulnerabilities and weaknesses. You need to find out what makes them feel insecure or afraid. Once you know their vulnerabilities, you can use them against them.
Using someone’s vulnerabilities against them can make them feel scared and helpless. For example, if someone dislikes public speaking, you can make them do it in front of a large audience.
If someone is insecure about their weight, you can make fun of them in front of their friends. You can also make them feel like they are not good enough or worthy of love and respect. This will cause the toxic person to doubt themselves and question their sanity.

Signs someone is trying to get rid of you?

What to do if it tries to ruin your relationship?

When someone close to you is trying to sabotage your relationship, it can be challenging to know what to do. Confronting them may be the best option, as they may not even realize they’re doing anything wrong.
Trying to understand their motives is essential; people who try to ruin relationships often do so out of jealousy or insecurity. Addressing the situation head-on can help resolve any issues causing tension in your relationship.

Signs someone is trying to hurt you?

If someone is there to ruin your relationship, the first thing you should do is act yourself. Don’t let them get to you. Stand up for yourself and what you believe in. Let them know their behavior is not tolerated and will not be tolerated in the future. If they don’t listen or change their behavior, it may be time to end the relationship.

It is essential to remember that there are ways to deal with someone who wants to destroy you. It is necessary to stay positive, have a support system, and keep your head up. Lastly, don’t be afraid to ask for help. Remember that you are not alone in this, and some people care about you.