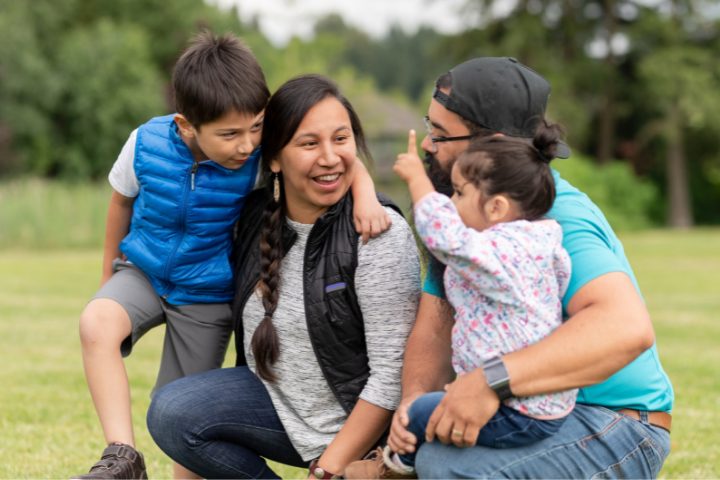 Many native American children in foster care or have just lost their parents are out there and seeking love and caring parents who will fulfill their daily needs.

There are more than 400,000 children from different races who are at present in foster care, and not only that, close to 100,000 children are waiting to get adopted.

The rich history and cultural heritage of Native Americans needs to be preserved regardless of who is adopting them. That is why the Indian Child Welfare Act (ICWA) came into existence in 1978 to govern the whole process of adopting and fostering parenting of native American children.

The main aim of ICWA is to keep the voluntary adoption process entirely voluntary. If you choose to adopt or become a foster parent of a native American child, you must abide by the laws of ICWA. Since its inception, close to 35% of Native American children have been taken out of their native places, and among them, 85% have gotten a better life afterward.

What is the Meaning of Indian Registration?

Child welfare rules are different in every single tribe, so get a better understanding of the whole process before actually starting the process.

Can a Native American Baby be Fostered?

Yes, a Native American Baby can be fostered. But first things first, you need to understand what foster care is. When a child is placed with a family temporarily because he has experienced abuse, negligence, or abandonment by his biological parents, the new family where the child will be placed will be known as a foster family. The child care process will be called foster care.

The abuse that we are talking about can be of any type, either physical or mental. Negligence also can be of many kinds. If any one of the parents or the primary caregiver of the child has exposed the child to any such environment which can endanger the life of the child will be considered negligence.

It is always tried to place the child in Indian families. If that becomes impossible, the search for non-native homes begins, and in that case, it is always taken care of that the child remains connected to their cultural roots.

There are two ways to go when planning the adoption of a Native American child then. You can do it via foster care, or you can do it privately.

If you know parents willing to relinquish the legal rights of parenting a child, then private adoption can take place. Get in touch with an adoption agency where you will get an adoption attorney to guide you through the process.

The only downside of this process is that if you are not native American and want to adopt a Native American child, you might have to get through many legal troubles. In this case, you can get custody of the child only after the inspection done by the foster care agency and the native American tribe that the child is part of.

Guardianship is a way in which you can fulfill your wish of taking care of a native American baby. When a parent or primary caregiver of a child turns over the legal custody, you can become that child’s legal guardian, but you need to get yourself approved by a judge.

The easy answer to this question is yes. As per the ICWA laws, it is possible. However, it adds a fair bit of legal complexity to the process. Here is how you can adopt a Native American child while being a non-native American:

The Child Protective Services in your area will first show the due diligence in placing the native American child with their own family, within the child’s tribal communities or with a Native American. If no one is available to adopt the child then non-native Americans have high chances of adopting the child.

Approval by the tribe

The third way to adopt a native American child is when the birth parents give up their right and give the consent to adoption by the non-native American parent. This will involve an adoption agreement and all the terms and conditions of adoption will be written on the agreement to which both the party must agree.

Cultural Considerations That You Should Know

In the case of transracial adoption, you need to get used to a few things first, such as staring at people in public, Getting asked inappropriate questions.

These things happen because neither you nor the child can become a part of each other’s community overnight. Open adoptions greatly help in this case. Make sure that your child knows about their rich heritage.

Another essential aspect you need to take care of as a parent is racism. Ensure your adopted native American child is not facing racism anywhere in the playground, school, or anywhere they go.

From taking a child out of their home to placing them in a foster family, the process is governed by ICWA. ICWA maintains the standard of the families where native American children will be placed, and not only that, and it also presents the tribes with the legal authority in all the cases related to child welfare.

It has often been seen that placing a native child with non-native family results in the child getting disconnected from its culture and facing abuse while in the foster family. Legal considerations that need to be done are mostly related to one simple thing: the child should remain connected to its culture and heritage.

Is it hard to adopt a Native American child?

How long does the adoption process take?

Depending on your requirements, the time taken in the adoption process may vary. Usually, adopting a foster child takes somewhere between 6 to 18 months. When it comes to international adoption, the process may take a maximum of 6 years.

The reason behind these children being up for adoption or in foster care can be many such as alcoholism, the unfortunate death of parents, criminal records, etc. So, providing the necessary care to any of these native American children is very noble.

Make the child feel comfortable irrespective of whether you are adopting them or becoming foster parents of the child. Always ensure the adoption is entirely legal and that there is no loophole in the process that is capable of creating trouble in the future. Happy parenting.