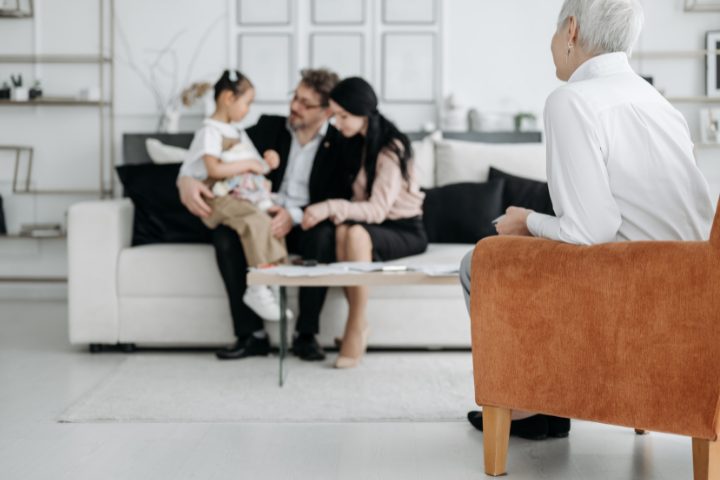 Turkey is one of the popular countries for adoption. In this guide, we talk about how to adopt a child from Turkey, including eligibility requirements, adoption agencies, documentation, fees and other similar points of concern that adoptive families usually have. Read on to find out more!

According to reports, in the U.S alone, more than a million children have been adopted. Even so, only one-third of Americans have considered the option of adopting a child. Most people do not go ahead with the adoption process because they are not aware of its administrative process nuances and are afraid of the costs and other burdens.

Considering the lack of awareness, not many know that you can also adopt a child from different countries. Among many other countries, Turkey is often considered to adopt a child simply because it is pretty rare for a foreigner to apply for adoption from Turkey.

Now, you might have many questions about how to adopt a child from Turkey. If you do, then this article is definitely for you to give a good read. So, go ahead and read on!

Who Can Adopt from Turkey?

For adoption of children from Turkey, you must be found eligible to do so by the U.S government if you are a U.S citizen. The central authority responsible for the same is the Department of Homeland Security, U.S.

In addition to the requirements by the U.S, you will also have to abide by the adoption laws of Turkey. We have summarized the needs of the same for prospective adoptive parents below-

The Hague Convention on Intercountry Adoptions is a multilateral treaty signed between U.S and 75 countries. The Convention aims to protect and safeguard children and biological parents between the respective countries from abduction, sale or trafficking of the adopted children.

Turkey is a party to the Hague Convention, and thus, adoption between the U.S and Turkey falls under the criteria governed by the Hague convention. Therefore, all the adoptions between Turkey and U.S take place by the laws implemented by the Convention.

You might also like to read: How Long Does It Take To Adopt A Child From India?

Who Can Be Adopted From Turkey?

Now that we understand how to adopt a child from Turkey, the next question is who can be adopted from Turkey?

To begin with, let us be clear that not many children are available to adopt from Turkey for people from foreign countries. The reason is that, as per the Hague Adoption Convention, priority is given to Turkish citizens for adoption.

So, foreigners can adopt children who cannot settle with Turkish families or have special needs. Thus, the children available for international adoption are generally older.

While there are no particular conditions about who can be adopted from Turkey, the child must be at least 18 years younger than the prospective parent, who needs to be at least 30 years old. However, in the case of a 40-something parent, the child can be older.

How to Adopt from Turkey

The adoption rules in Turkey follow the requirement laid down by the Hague Conventions. Thus, you must complete the following steps to meet all the requirements to adopt from Turkey.

Please note that the Hague convention rules might not apply to your situation if you have applied for adoption with Turkey before April 1, 2008. Thus, your adoption process will continue under immigration regulations for non-Convention adoptions.

How To Start The Process of Adoption In Turkey

The first step to adopting from Turkey is to select the right agency to forward your application. A good adoption service provider is the primary assistance to foreign pre-adoptive parents.

Once you find a good agency, it will determine if you are eligible for adoption in Turkey. It will involve a lot of paperwork and consultation with the U.S and Turkish governments, and the agency will do it all for you and keep informing you about the procedures.

Once you get the approval from the U.S government, the legal adoption procedure will start with the Turkish authority, that is, the Turkish Department of Social Services, which will go through the adoption process and clear the suitable adoptive parents.

The rest will depend on finding a child that suits or matches your application. Further, you will fly to Turkey to meet them and stay with them for a year before legally adopting the child.

Apart from this, the immigration process will take its time to clear the child’s visa, as mentioned in the above paras. Visa cannot be issued until the court assigns legal custody to the foster parent. The child will then be allowed to fly home with you, and you legally get the right and responsibilities of their parent.

How To Choose The Right Agency

It is essential to choose the right adoption agency for your application. So, the number one thing to look for an agency is that it is accredited by the U.S government, for only then the adoption papers will be approved by both U.S and Turkish authorities.

Secondly, choose an agency that has shown a high success rate in the past year, especially in international adoption. Take your time, prepare your questions, and interview them regarding the same. Even if it feels uncomfortable, ask all the questions you want to before deciding on the agency for adoption from Turkey.

What Documents Will You Need?

Prospective families will be required to submit the following documents for adoption from Turkey:

How Much Does It Cost?

It would cost a U.S citizen around $30,000 to $40,000 to adopt a child from Turkey. It would include the agency’s fee, paperwork, Turkish formalities, certificates, the cost of staying in Turkey, and other additional expenses.

How Long Will It Take?

There is a one-year probationary period after placement. Once the one-year period is over, the Turkish court with typically finalize the process in just two or three weeks.

After that, you will need to get a Turkish passport for the child and then an immigrant Visa, which would take another 10 days.

Can a foreigner adopt a child in Turkey?

A person from a foreign country can adopt a child in Turkey, but it is pretty rare because, under Hague Convention, priority is given to Turkish families first. Thus, foreigners can only adopt from Turkey if the child has special needs or cannot be adopted by a Turkish family.

What’s the cheapest country to adopt from?

Ukraine is currently the cheapest country to adopt from, and it is the most affordable and accommodating country for intercountry adoption. Jamaica, China, and Ethiopia are the next on the list.

What is the world’s largest orphanage home?

The world’s largest orphanage home is opened in a southern Turkish town called Reyhanli, near Syria.

Applying for adoption in Turkey is not an easy task, but the feeling of adopting a child in need can be life-changing! Thus, we recommend you take the first step and finalize a good adoption agency.

They will take it from there, and who knows, you might end the year as a parent to a Turkish child. Thank you for reading, we hope everything that you needed to know was covered in this article. If we left some lingering doubts unanswered, do let us know in the comments below.