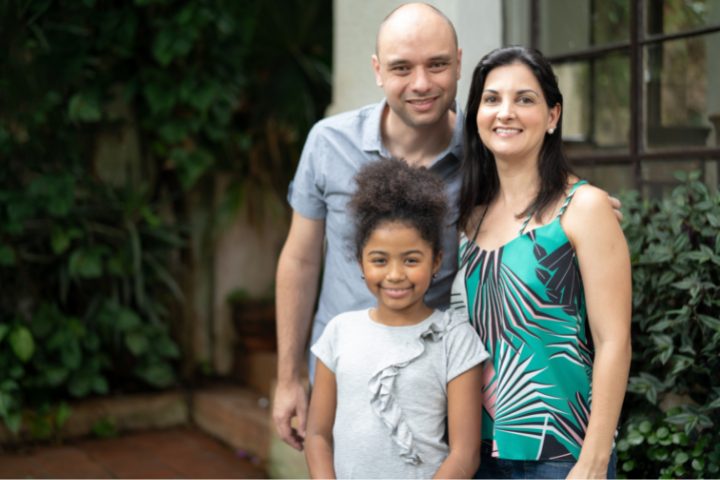 Guatemala is a country with an unfortunate recent history of crime, drugs, and gang wars. We look at how to adopt a child from Guatemala and why it is not possible in the current scenario. We also look at the criteria you would have to meet once adoptions open up again.

Every year hundreds of kids from Guatemala are adopted. In 2007, Guatemala sent 4,728 kids for adoption in the US.

If you’re a prospective American parent who is interested in adopting, you need to understand that the U.S. is currently not allowing adopted children from Guatemala to travel to the US.

We hope that going forward, this situation will change, and the article below outlines what the process will be once adoption from Guatemala resumes.

The History of Foreign Country Adoptions Between Guatemala and the U.S.

Prior to 2007, Guatemala was a major country for adoption. However, there was a dark side to this adoption. There were several instances of corruption, trafficking, and lack of transparency that came out in Guatemalan adoptees, and it became clear that adoption was becoming a major cause of crime and kidnappings in the country.

In 2007, Guatemala tried to reform its system and become compliant with the Hague convention.

On September 12, 2008, the Department of State suggested that potential adoptive parents and adoption service providers not initiate new adoptions in Guatemala because the Department cannot handle adoptions coming from Guatemala until they are completed at the moment.

However, Guatemala’s 2007 reforms were not considered enough to continue intercountry adoption under the Hague Convention process, and the U.S effectively stopped all adoptions from the country except for those cases that were pending in 2008.

The rest of the article discusses criteria and conditions assuming that adoptions from Guatemala will resume one day after the U.S. ratifies that Guatemala meets the standard set by the Hague Convention.

Guatemala permits singles and couples over 25 years old to adopt. Individuals who are divorced are allowed for international adoption, and people with other children can also adopt from Guatemala.

Although age and marriage aren’t qualifying factors for Guatemala, sexual orientation is an essential factor. Single men are typically not allowed to adopt in Guatemala. Cases with single males are considered on an individual base in Guatemala.

The Guatemalan government demands that singles adopting from Guatemala must sign a statement stating they are not in an unrelated relationship with a lesbian or gay and are not homophobic.

Anyone who is single and seeking adoption from Guatemala must declare their heterosexuality.

If you want to adopt a child from another country and bring the child to the United States, you must prove that you are eligible to adopt by following U.S. law. The federal agency responsible for this decision is the U.S. Citizenship and Immigration Services (USCIS), part of the Department of Homeland Security.

You are not allowed to adopt a child (or one for whom you have been granted legal custody for adoption and immigration) to the United States until USCIS determines whether you are qualified to adopt from a different country.

The United States. You must satisfy certain conditions to bring a foreign-born baby that you’ve adopted to America. Some of the most fundamental conditions include:

Apart from the Federal requirements, there might be state laws to adopt children. You need to check with your State Child Welfare Services about these rules.

Children Who Are Available for Adoption from Guatemala

Many Guatemalan children need homes and families. Babies, toddlers, pre-teens, and teenagers are all available for adoption. Some have one or more siblings who can be adopted together. Adopting a child from Guatemala is not difficult, and the children are eager to find families.

The country has been through a lot of turmoil recently, with a lot of violence and poverty. This has led to an increase in the number of orphaned and abandoned children. Many Guatemalan children have been relinquished by their birth families because they cannot afford to care for them.

There are many children available for foreign adoptions from Guatemala. Families interested in adopting can adopt more than one child at a time.

Kids of Guatemala are generally healthy. But, potential adoptive families should be aware of some possible health problems. Many children are born prematurely or have low birth weights due to malnutrition and other factors.

They may also suffer from intestinal parasites, respiratory infections, and other health problems. However, most of these problems can be corrected with proper care and nutrition.

Adoption Process for Children from Guatemala

There are several steps in the process of adopting a child from Guatemala.

The first step is to get approval from the US government. This can be done by applying to the US Central Authority, part of the State Department. Once the application is approved, you can start the process of adopting a child from Guatemala.

Next, you will need to select a U.S. adoption agency licensed to work in Guatemala. The agency will help you through the process of completing the home study, which is required for all adoptions from Guatemala.

Next, Complete an adoption dossier. This document contains critical information about the prospective parents, such as their home study, criminal background check, and medical history.

Submit the dossier to the Guatemalan government. Wait for a response from the government. If approved, travel to Guatemala to finalize the adoption in court. This process can take several months.

Can You Adopt More than One Child from Guatemala?

Individuals and families are permitted to take on more than one baby in Guatemala. But, unless these are siblings, it could be tough to coordinate to ensure that the adoptions can be completed simultaneously.

Waiting Time for Adoption from Guatemala

The length of time can be as little as four months to up to 18 months. For Guatemala, the waiting period for young male children is typically less than that of a young female.

What Travel is Involved in a Child Adoption from Guatemala?

Legally, there is no need for you to go to Guatemala for international adoption. However, no individual or family should adopt a child without having seen the child.

Therefore, to safeguard the adoption family and the child, adopting families must go on at minimum one trip a visit to Guatemala before the end of the process of adoption.

Costs and Fees for Adoption from Guatemala

The estimated cost ranges from around $25,000 to $38,000. Your total costs will include the application, registration, and fees for the Home Study.

There could also be a fee for home study reviews, as well as the Agency Service fee, Program charge, Dossier fees for authentication, notarization, and certification, and In-state criminal fees for the state’s criminal and child abuse agency along with FBI authorizations, fees to be paid to the Guatemala government, travel fees and post-placement fees.

The amount you pay will differ depending on the agency you choose for the adoption process. When looking at different agencies’ costs, the services offered are similar. In addition, confirm with the agency’s licensing authority that it is an independent entity and that they are functioning in good faith.

Why are there so many orphans in Guatemala?

Guatemala is famous for its gorgeous rainforests, mountains, and ancient structures. Despite its beautiful landscapes, it is home to among the highest crime rates anywhere in the world.

Because of the drug wars, crimes like kidnappings, murder, burglary, and rape are significant problems for the people of Guatemala. The level of poverty is quite significant in Guatemala. UNICEF estimates that there are around 370,000 orphans living in Guatemala.

How Many Children Were Adopted From Guatemala

However, after the changes in 2008, the numbers have dropped, and the US has effectively stopped all adoptions from Guatemala except for transitional cases. In recent years, less than 50 children per year have been adopted from Guatemala into the US.

Can you get SSI for an adopted child?

No one is quite sure how adoption will impact an individual’s eligibility for Supplemental Security Income (SSI) benefits. The Social Security Administration (SSA) has not released an official statement on the matter, and there is some discrepancy in the available literature on the subject. However, we do know a few things about SSI benefits for adopted children.

Generally speaking, if you are eligible for SSI benefits, your adopted child will also be eligible for them. This includes both international and domestic adoptions. However, there are a few exceptions to this rule.

What Countries Can US Citizens Adopt From?

There are many different countries that US citizens can adopt from. Some of the most popular options include China, the Democratic Republic of Congo, Ukraine, South Korea, India, Uganda, Ethiopia, Haiti, and Colombia. Each country has its unique adoption process and requirements, so research is important before deciding which one is right for you.

One thing to keep in mind is that not all countries allow same-sex couples to adopt children. So if that’s important to you, you’ll need to look into which countries have laws that support your relationship status.

Another thing to consider is how much it will cost to adopt from a particular country. The fees vary widely, so it’s a good idea to get an estimate ahead of time.

Adopting a child is an amazing experience that can provide a child with a loving home and a better life. Due to the unfortunate circumstances that cause the ceasing of adoptions post-2008 from Guatemala, adopting a child from that country is nearly impossible.

However, for the sake of the abandoned children and orphans in that country, we hope that the Guatemalan government will be able to cleanse its systems and the US will be able to re-open intercountry adoptions in Guatemala.