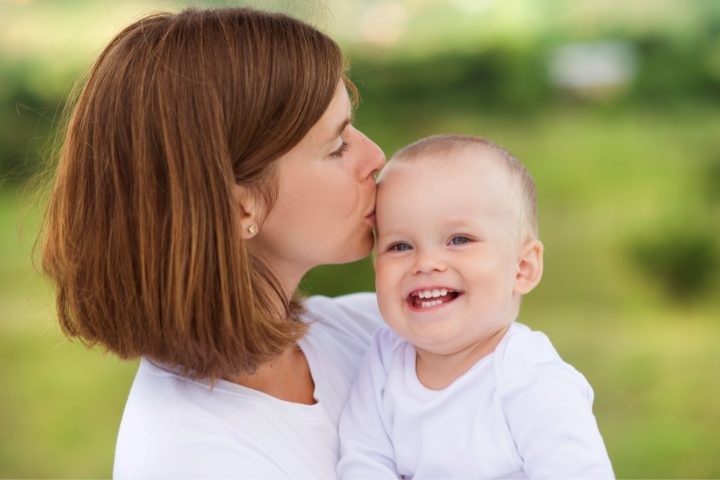 How does adoption affect the child? What kind of emotional trauma may the child go through by knowing that their birth parents chose to leave them? How do they reconcile being part of a family that they were not born in? We look at some of these aspects.

Adoption is not easy for parents as well as for the kids getting adopted. The whole process needs to be dealt with delicately. At present, 1 out of 25 families living in the United States of America has an adopted child in the family.

The relationship that will develop between adopted children and parents who choose to adopt is very much different from the relationship parents have with biological children.

It can’t be predicted how a child will respond after getting adopted. In this article, we will talk about how adoption can affect a child in every aspect.

Potential Long Term Positive Effects of Adoption on the child

There are many potential positive long-term effects of adoption. One such effect is an increased socioeconomic status. Studies have shown that adoptees have higher incomes and are more educated than their non-adopted peers.

This may be due, in part, to the fact that adoptive families generally have more resources than birth families. Adopting can be a very positive experience for both children and parents.

Adoptees may also benefit from the extra attention and support they receive from their adoptive parents. This can lead to better mental and physical health outcomes for adoptees.

There are many other potential positive long-term effects of adoption. One is that adoptive families tend to be close-knit and supportive of one another. They often have a strong sense of family in life and feel a great deal of love and happiness within their homes.

Another benefit is that adopted children often grow up feeling loved and secure, knowing that they were chosen intentionally by their parents and are wanted and valued family members. This can provide them with a great sense of self-esteem and confidence as they grow older.

Additionally, studies have shown that adopted children tend to excel in school more than those who are not, likely due to the extra support and love they receive from their families.

Potential Long Term Negative Effects of Adoption on the child

Real struggles will begin when a child is placed with the adopted family. The child can get affected by the adoption process. Every individual’s experience will be unique, and how your adopted child will be impacted can not be compared with another case of adoption. There are long-term effects of adoption that you need to know.

One of the biggest concerns for adoptive parents is the possibility of emotional or mental trauma that their child may experience. This trauma can be due to many different factors, such as being separated from their birth parents, being placed in a foster home, or being adopted into a family that is not their own.

However, some things that adoptive parents can do to help minimize the risk of trauma. They can create a safe and supportive home environment where their child feels loved and accepted, and they can ensure that they provide age-appropriate information about adoption to their child.

Lack of Information in Closed Adoptions

When a child is adopted, their birth parents’ information is usually sealed and not made available to the adoptive family or the child. This lack of knowledge can have long-term effects on adoptees, who may feel they are missing an essential part of their identity.

Adoptees may also feel like they are not wanted or loved by their adoptive family since they were not chosen. These feelings can lead to difficulty forming relationships and self-esteem issues.

Adoptees may also struggle with finding out about their medical history, as this information is often unavailable. One way to solve this problem is to increase open adoptions.

How Can Adoption Affect an Adopted Child While Transitioning in College?

When a child transitions into the phase of life called ‘Young adults,” they become most vulnerable. During this period, they enter college, and the whole environment changes for them as, in most cases, students move away from their homes for educational purposes.

If the adopted child is already dealing with behavioral issues, there is a high chance that it will get worse when exposed to the new environment. An adopted child not having any mental health issues can also develop anxiety during this phase just by the thought of getting away from home again.

During this time, you can notice specific behavioral changes in your child, such as –

If you notice any of them, then have an open conversation with your child and make them feel comfortable to deal with the changes.

What is Adopted Child Syndrome?

Adopted child syndrome is a severe mental condition that needs to be addressed as this can affect the child emotionally and psychologically. It can lead to the child becoming violent and destructive habits will start to appear in them. The common symptoms of this syndrome include:

In most cases, it has been seen that adopted children become violent as they are separated from their biological parents. Other reasons include:

This condition can be prevented by being compassionate and playful towards the adopted child. Hold hands whenever you can, hug them, and play with the child. Show them that you care for them. All you need to do is make them believe that they are secure with you and that the bond you share is permanent.

Psychologists assess adopted children from time to time for the betterment of the child. As the child starts to live with the new adopted family, some behavioral changes may appear due to mental and psychological issues. To help them to deal with these, a psychologist studies a child regularly.

What Problems Do Adopted Adults Have?

Adopted adults have several problems that are unique to them. These include feeling like they don’t belong, difficulty forming close relationships, and trust issues. They also may experience emotional distress or anxiety.

Feelings of loss and grief

Adopted adults often feel a sense of loss and grief. This may be because their biological parents did not raise them, or they could not form a bond with their adoptive parents. They may also feel they do not fit in anywhere, as they do not fully belong to either group.

Problems with developing an identity

Many adopted adults struggle with developing a true sense of identity. This is often due to their lack of information about their biological parents and backgrounds.

As a result, they may feel like they don’t fit in anywhere and don’t know where they belong. This can be especially difficult for adopted adults since they may not have any memories of their biological family.

Adopted adults often have reduced self-esteem and self-confidence. This may be because they were not raised by their birth parents, which can cause them to feel different or “less than” other people.

They may also feel they have to justify their existence since they were not naturally chosen by their parents. Additionally, adopted adults may feel like they are always being compared to their siblings (who were born naturally), which can add to the feeling of inferiority.

Adopted adults have an increased risk of developing substance abuse problems. This may be because they often feel isolated and lack belonging. They may also be more likely to develop problems if adopted as infants or toddlers since they did not form an attachment to their birth parents.

Adopted adults often have higher rates of mental health disorders than those who are not adopted. A study by the journal Pediatrics found that adoptees are almost twice as likely to suffer from mental health problems such as anxiety, depression, and ADHD.

The study also showed that these problems were more common in adoptees placed in foster care or separated from their birth parents for a significant amount of time.

Does being adopted cause trauma?

Why does being adopted hurt so much?

Adopted children often mention to psychologists that they feel lost, and this sense of loss develops in the subconscious mind with the maturation of the mind. When a child finds out that they are adopted, it can hurt.

The most prevalent emotion seen in an adopted child is sadness. During the initial period of separation, the child may remain sad. However, this tends to go away with time.

There are both positive and negative long-term and short-term effects of adoption. You, as the new parent of the child, can guide them on the right path. So, be empathetic and compassionate towards the child and show them that you love them unconditionally.

Thank you for reading the article. Please share your thoughts and experiences in the comments section below!