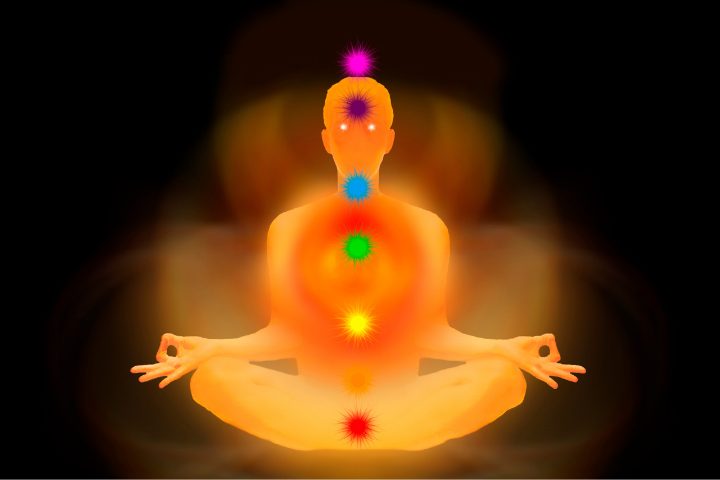 One opened, the head chakra is a fount of spiritual energy for you. But in order to maintain this energy, you need to use crystals for head chakra that we have shared with you in the article below

Crystals are potent stones known to have cosmic energy and powers beyond the spiritual realms. So, it doesn’t surprise that crystals have an extraordinary effect on each primary chakra in the subtle body. This article will discuss the best crystals for head chakra.

The Head or crown chakra is the gateway for the divine power to enter the body, so the crystals for this energy center are meant to be powerful! While most crystals for head chakra are usually colored purple or shades of it, many are also peach, pink, white, or even transparent.

Apart from the color, their healing properties make them exceptionally good for the head. They are known for bringing clarity of thought by reducing anxiety and negative thoughts in the crown chakra.

What You Should Know About The Head Chakra/Crown Chakra

The crown or head chakra is placed on the top of our head and is the seventh primary energy center of the astral body. It is considered to be the seat to the divine connection. In other words, it significantly connects us to the source and brings higher awareness into our bodies.

The head chakra derives its name from the Sanskrit word ‘Sahasrara,’ which means a ‘thousand petals.’ It is said that when the dormant kundalini energy rises from the root and meets the Sahasrara at the top, a lotus with thousand petals blooms over the head and allows the divine power to flow through the seven primary chakras.

Thus, crown chakra serves as the gateway for the collective consciousness to connect with the consciousness of the awakened person. When the head chakra is entirely open, it forms a bridge between the physical and the world beyond earthly understanding. It accelerates spiritual growth in the concerned person and brings energies of positivity, love, and joy to the person.

Spiritually speaking, the opening of the crown chakra burns the past baggage and karmas of the person and completely purifies the body. It is said that one who has all his chakras opened and rotating has reached the highest bliss.

However, once the crown chakra is opened, you will have to maintain the energy center so that the negative energy that keeps coming your way can be cleansed. An unbalanced crown chakra can also have negative side-effects for you.

How To Maintain Your Divine Energy

There are a few ways to carry the divine power throughout your life without having the negative energy bother you such as physical exercise like yoga, Tai-chi, and physical exercise, journaling, meditation, indulging in creative activities, only doing things that excite you, etc.

However, not many people are aware that they can also use crystals to keep the head chakra flowing and going. Several crystals heal the head chakra and keep the source energy glowing and flowing through it and to the rest of the chakra. So, how do you know which one is the most suitable for you?

We have researched and compiled a list of the ten best crystals for head chakra in the paragraphs below.

It is a belief that all crystals are charged with the universal energy of the cosmos. They are the perfect way to balance and maintain the flow of energy from and to the head chakra.

These precious gems are primarily colored in shades of purple for a reason. It is said that each primary chakra has a specific color that surrounds it, and so purple is the color of the crown or head chakra. Please have a look at these stunning Crown chakra crystals and learn how they protect the crown chakra from negative energy.

The Amethyst is a powerful stone that it is undoubtedly one of the best crystals for head chakra. This precious gem is purple and is used to treat headaches, migraines, insomnia, anxiety, and other kinds of physical pain.

It is one of the best healing crystals for the seventh chakra since it soothes the pituitary gland, pineal gland, nervous system, etc. Since it brims with spiritual vibes, Amethyst is known to prepare your body for deep mediation and clearing of mind to receive clear messages from the universe. It has the power to very quickly turn all the negative energies into positive and loving ones in no time.

Selenite is a beautiful white-colored crystal. It is an excellent stone for the cleansing process of not just the seventh chakra, but the entire astral body. Selenite is also known to cleanse the crystals placed close to it.

Many reiki healers thus, use this crystal to clear the energy field of their clients before they start healing them. It is undoubtedly the purest crown chakra to be found and is also available in peach color.

If you are looking to tune with your higher self, use Selenite when you meditate. It boasts of truth and positive energy and helps the user live a purpose-driven life.

One of the most mystical and powerful stones, Lapis Lazuli, is the first choice of every mystic and meditator. The deep blue color of this crystal sprinkled with golden lines certainly makes it stand apart from other stones and seems to be in tune with the frequencies of higher consciousness.

Lapis is an excellent choice to cleanse the unwanted energy from the 7th chakras and other primary centers. It also works through the higher chakras to illuminate the mind and grow your spiritual powers by leaps and bounds.

It also helps bring clarity to thoughts, increase emotional intellect, and encourage clear and open communication. Not many people know that the sarcophagus of Tutankhamen in Egypt was inlaid with Lapis Lazuli, and no wonder this gorgeous stone is said to contain mystical powers within itself.

Moonstone is one precious stone that quickly catches attention since they are so pure and luminous. Moonstone calms down the mind and eases the anxiety of all kinds. It is considered to carry feminine energy at its core. This energy flows through the head, throat, and heart chakra and keeps them open ultimately.

It reminds the soul to take the spiritual growth with calm and acceptance. It also helps us realize that we do not have to chase after something or someone to get it, and we can tune in to the frequency of our desire and get what we want without running after it.

It also shows us that we can open our hearts and head chakras by simply accepting ourselves, embracing changes, and learning to let go. It lifts our energy continuously for us to receive spiritual gifts and abundance effortlessly.

Lepidolite comes in shades of purple and pink with a hint of white in-between and is known to clear anxiety and stress away from the root chakra. Thus, it has a relaxing effect on the entire body, which helps the person attract better, more abundant experiences in life.

It serves as a bridge between the human and higher forms and connects the two to receive spiritual awakening while balancing the energy centers of the astral body. It thus establishes a solid cosmic connection with the body.

Hypersthene, commonly associated with the healing of the third-eye chakra, also works wonderfully well on the crown chakra. Known as the stone for the clairvoyant, Hypersthene usually helps explore the depths of the higher consciousness. Thus, it is a great meditation tool for those who like to travel the galaxies while sitting in their room.

It is also referred to as a stone of manifestation and answer simply because it helps a person live a passion and intention-driven life. It also helps people make difficult decisions and find solutions to even complex problems.

Most people have reckoned that White Agate has the supernatural power of connecting them with spirit guides and angels. This snow-white colored stone helps in removing and keeping anxiety and depression at bay and thus, keeping the head chakra clean and clear.

It also flushes toxins and other unwanted energy of the body while balancing the feminine and masculine energy in the subtle body. So, if you want a strong physical body with high spiritual vibes, this is the stone for you!

It is a beautiful blue crystal that exclusively works on the crown chakra and helps in keeping it straightforward to receive higher knowledge. It also heightens the intuition and ability to make better decisions.

Apart from bringing clarity of thoughts, Celestite is one stone that also enhances a person’s clairvoyant, clairsentience, and clairaudience abilities. Thus, it won’t be wrong to say that Celestite is a powerful crystal that promotes spiritual growth and increases psychic abilities like no other stone. You can keep it close to you to maintain good fortune and stability in your life.

Clear Quartz is a sublime healing stone that simultaneously works on all the chakras. However, it has a unique ability to remove all the blockages from the crown chakra and thus, bring calm and peace to mind.

It opens your heart and head chakra and helps you establish a strong connection with your higher self. It is a transparent stone that is so powerful that it can awaken the forgotten and dormant desires of one’s heart while showing them the way to achieve them.

Sugilite stone’s most beautiful thing is that it connects the heart chakra to the head chakra. When the two most potent chakras connect, they awaken a person’s ability to forgive easily while embracing the change and moving forward.

Our crown chakra remains stagnant when we continue to live in the past. Thus, it is essential to take help from this purple stone and let go of the past while preparing ourselves for the future. However, that doesn’t mean that we forget to live in the present – it is the most important thing to do, and this precious stone helps you be rooted entirely in the present.

Sugilite is also referred to as a healer’s gem, and as the name suggests, it helps in healing the astral and physical body. It also promotes spiritual health and encourages the person to live an abundant life.

Apart from the above list, crystals like Purple Flourite, Charoite, Aura Quartz, Angelite, Kyanite, Danburite, etc., are also quite ‘high-vibrational’ and suitable for the crown chakra.

What crystal clears your mind?

What crystals should not be in your bedroom?

Crystals like Sulfur, Citrine, Carnelian, Moldavite, and Red Jasper should not be in your bedroom since they are too stimulating. Thus, they can be overactive on the mind and body of the person who wants a peaceful sleep. If you are sensitive to energy, it is advised to keep these crystals away from your bedroom to get a good sleep. Many people have insomnia, disturbed sleep, and nightmares due to the presence of these crystals.

Is selenite good for the crown chakra?

Yes, selenite is one of the best crystals for head chakra. It keeps anxiety, headache, and stress away from the mind. Thus, it brings calm, peace, and stability to mind. It also establishes a bridge between the physical self and higher self which accelerates the spiritual growth of the concerned person. Selenite is thus, strongly recommended for people working to clean their head chakra.

Even if you use the best crystals for your head chakra but do not believe in their power to heal or cleanse it, you will not feel the positive changes taking place in your body.

So, it is recommended to use crystals only when you believe in their miraculous healing ability. Soon, you will notice your head chakra clearing up and connecting with the cosmos.Thank you for reading, we hope this article helped you identify a crystal that will help you maintain the cosmic energy flowing through your head chakra.