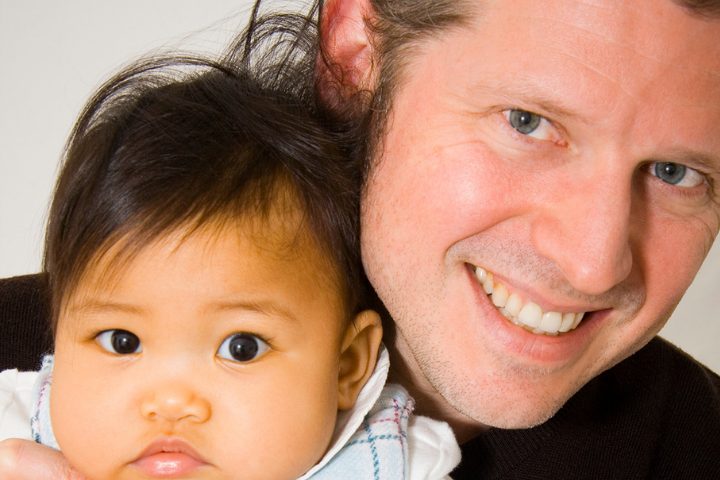 China is one of the most popular countries for intercountry adoption. Here we answer: How much does it cost to adopt a child from China? How long will it take? What are the eligibility criteria? Will you be required to travel? And other relevant questions.

According to a 2018 report, between 1999 and 2016, more than 78,000 children from China were adopted by US families. While international adoption is quite popular in the US, there seems to be special attention on China.

Today, China is the most populous country on earth, with a population of 1.4 billion people. The numbers speak for themselves, and problems related to population are certainly among the major concerns of the country.

With this kind of population comes the huge crisis of children in need of care. Here is where international adoption comes in as a solution to the problem. But there is another reason why adoption from China is popular – the average cost of adoption is between $15,000 to $30,000, which is much lower than intercountry adoption from most other countries.

Why Is China Popular for Adoption?

It is a faster process.

The children are younger and healthier.

According to the U.S. State Department, the vast majority of children adopted from China are between the ages of 6 months and 14 years old, and most are healthy. Since there are fewer chances of a major health issue in most children from China, adoption from the country has become more popular.

The cost is lower

Who Is Eligible To Adopt From China?

Adoption from China has seen a great success rate with families in the US. The Chinese government provides a subsidy to adoption agencies to cover some of the costs associated with the adoption process. This has made the eligibility of adoption criteria from China fairly straightforward.

The main criteria for parents in the US going for China adoptions are:

Children You Can Adopt From China

The China Center for Children’s Welfare and Adoption (CCCWA) is the central authority looking after the international adoption program in China. This is a government-run program that ensures putting children in caring homes all across the world.

There are children orphaned in China due to various reasons that include poverty, abandonment as well as government restrictions on having children. These children are put into orphanages and care facilities where they are available for adoption.

The China Waiting Child Program is the main program under which children who are up for adoption are categorized. First, there are children from the ages 0 to 13 years who are healthy or with minor special needs.

For the children in this category, the adoptive family have to take up their medical responsibilities as soon as they are putting in the application. The other group is children with no health issues or diagnosed medical history between the ages of 10 and 13 years.

You might also like to read: How Long Does It Take To Adopt A Child From India?

For parents in the US who are going for international adoption, China is one of the main countries to be considered. This is due to financial, cultural, and population reasons.

The child adoption policy of China is also a liberal one, which makes it easier for the adoption processes to go through. Over the years, the adoption regulations have changed, and at present, multiple rules have to be followed for international parents.

Here is an overall view of the adoption process in China for an adoptive family who have finalized that they are going to adopt from the country:

When an adoption is finalized, and the paperwork is in process, there are a few things for the new parents to pass. This will determine how much time the adoption process will take. Most of these activities will be conducted by the adoption agency.

Adoption can be a long and complicated process. But the important thing is to keep patience and follow all the rules necessary. Adoptive parents are often screened by agencies, so it is important to stay on one’s best behavior and stay out of any kind of trouble if they are going to bring a child home from another country.

How Long Does It Take To Adopt a Child From China?

Adoption through China’s Waiting Child Program can get you a lesser waiting time of 6 to 12 months depending on the paperwork, background checks, and preferences. The time can vary depending on the referrals of the parents, given that they have already chosen the child.

Once you have been matched, you will need to complete a home study, which can take two to four months. You will also need to submit several documents, including a health report and a criminal background check.

Once all of your paperwork has been completed, you will travel to China to meet your child and complete the adoption. The entire process can take six to twelve months.

How Much Will It Cost To Adopt a Chinese Child?

One of the main reasons that Chinese adoption has become so popular with US families is the cost of the total process. It is one of the less expensive international adoption programs, given the structured process and government intervention.

The total cost for US parents to adopt a child from China comes to an estimated $15,000 and $30,000. This amount includes adoption fees, travel, the charges of your chosen agency, as well as charges for paperwork and the adoption certificate.

Will I Be Required To Travel to China?

The travel requirements for intercountry adoption can vary depending on the country of origin and the agency or orphanage with which you are working. However, in general, adoptive parents will need to travel to China at least once during the adoption process to meet their child and complete the adoption paperwork.

Some parents choose to travel more than once, often for multiple short trips of several days each, while others make a single longer trip of several weeks. The total number of required trips and the amount of time spent overseas will also vary depending on whether you are adopting a baby, toddler, or older child.

The United States is a party to the Hague Convention on Adoption and as such, is required to comply with the Convention’s provisions. To adopt a child from another country, prospective adoptive parents must work with an authorized adoption service provider who will help facilitate the adoption by the Hague Convention and U.S. law.

While China is also a Hague convention signee, they have mandated that there is only a single international adoption program (China’s Waiting Child Program) that will be considered valid for adoption.

Their adoption laws also stipulate extra requirements than those required in the Hague Convention. If you are unsure of these requirements and paperwork, it is best that you talk to an adoption attorney who is aware of their processes and has experience working with the Chinese authorities.

How much does it cost to adopt an Asian baby?

For US citizens, the total costs of adoption of Asian babies can range from $30,000 to $40,000. This would include travel costs, certification charges, and all the paperwork that is involved in the adoption process.

What is the cheapest country to adopt from?

Currently, the cheapest country to adopt a baby from will be Ukraine. This is because you can adopt a child without having to go through an international adoption agency, thus saving you thousands of dollars. Besides this, the other countries to adopt a baby from would be China, Jamaica, and Ethiopia.

How many babies are adopted from China each year?

According to a 2016 report, more than 5500 children from China were adopted by American families. The numbers have decreased over the years, but it remains around 2,200 children.

Can you be single and adopt from China?

Although the main rules for adoption in China are catered toward married couples or long-term partners, however, there are certain rules which allow single women to adopt children from China in line with government regulations.

Adoption is truly one of the noblest things to do. As parents, it means that they get to fulfill a dream to start or welcome someone new to their family. For a child, it is a chance for them to get a new life.

There are millions of children every year who do not get the chance of healthy, happy family life due to so many unfortunate incidents. But adoption gives these children to join families who will love and care for them and, above all, take up their responsibility.

Whether you are adopting from your own country or looking out to countries that have more children in need, it is a step in the right direction. International adoptions have become more and more popular because of the ever-growing population of children who need loving families.

Be it in Asia, Europe, or America, extending a helping hand to children who need it can be a wonderful thing. This is why new families need to know how legal adoptions work and how they can bring a child into their family safely.

Thank you for reading this article on how to adopt a baby in the US from China!