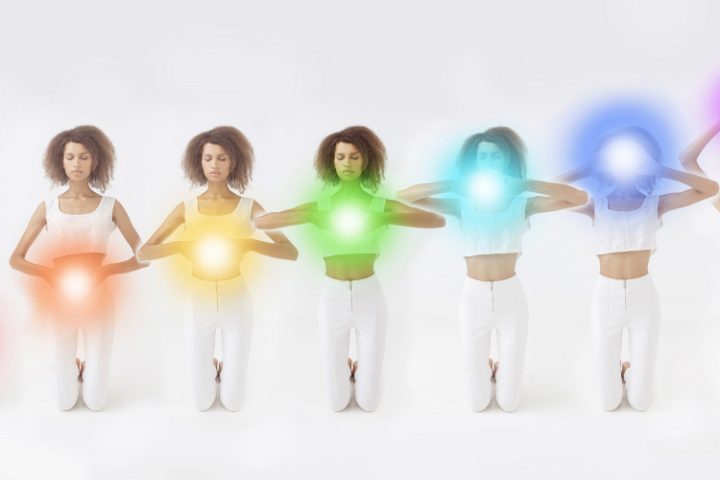 What is the Chakra Tree, the famous symbol that represents life itself? We delve into the Chakra Tree meaning as explained by the sages and mystics through the ages, and add a bit of our own understanding to it as well! Read on to learn more.

The chakra tree meaning can differ amongst cultures, but it all leads to the same or at least a similar understanding. It symbolizes the map of the human soul, which comprises the seven primary chakras found in the middle of the spine.

It also signifies the serpents that represent the divine kundalini energy, and the ‘Nadis’ that form a network of channels to help the energy flow through the body. The chakra tree of life’s meaning is the same, but it goes deeper.

It has been in existence since the ancient culture of Egypt, India, Mayans, etc., and it continues to be a part of spiritual studies. Many monks, philosophers, and sages have and still talk about it. Here, we aim to add a bit of our own research and understanding of the Chakra Tree.

What Is Chakra Tree of Life Meaning?

The chakra tree of life’s meaning is oneness and unity, representing the interconnectedness of all beings on the planet. However, one cannot understand the meaning of the chakra tree on the surface – you will have to dive into the deep waters to attain the symbolic knowledge.

To begin with, the tree of life has been a part of many spiritual traditions, including those of ancient Egypt, ancient Sumeria (4th millennium B.C), Hinduism (4000 B.C), Buddhism (2500 BC), China, Japan, Korea, Ancient Mayan culture, Judaism, Kabbalah, and more.

The tree’s trunk is symbolic of the human spine, and the branches represent 144,000 nadis (network of channels to circulate prana or source energy throughout the body).

The serpent represents the divine kundalini energy usually dormant in the root chakra. Once it’s awakened, it travels through all the chakras of Sushumna Nadi (found in the middle of the spine) and connects with the higher consciousness of the worlds beyond human understanding.

Apart from the above symbolism as represented by most cultures, below is a  standard understanding of the chakra tree of life.

The most followed and accepted chakra tree of life meaning represents the interconnectedness of all beings on the planet. In other words, it exhibits a universal connection amongst all conscious beings on earth and depicts a personal power that comes from knowing that we all have eternal life, though we may lose our earthly bodies from time to time.

The tree grows infinitely towards the sky and below the earth, showing that no one is ever alone. We are all bound by one consciousness, and we can understand it once we are awakened spiritually and observe life patterns.

A tree starts its journey from a single seed planted by someone else, and it grows its branches, leaves, flowers, and fruits from there. There comes a time when it becomes so established in its roots that it forgets from where it started. It has abundant leaves and fruits, and literally, the sky remains its only limit.

Similarly, a human starts their journey as a baby put in by their parents and ancestors. From there, he starts making connections that blossom into beautiful relationships.

Thus, the tree of life meaning is also interpreted as living in harmony with beings around us while also remembering and honoring our ancestors.

In terms of personal growth, the chakra tree of life shows that it wasn’t as abundant, robust, and mighty when it began growing. It had to deal with its share of storms, challenges, and battles to grow into its infinite self finally.

It shed leaves during fall only to grow them again in spring and withstood summers to rejuvenate its entire being during rains. Thus, human beings, too, have to learn to withstand their storms and fight battles to become their most excellent version.

The chakra tree of life is bound to go through all the seasons to be born again. For instance, a tree loses leaves during autumn and grows fresh ones during spring. It withstands the scorchy summer heat for a few months and then rejuvenates its entire being during the rainy season.

In a way, at the beginning of every season, the tree attains a rebirth.

In the same way, humans, too, have to go through certain dark and lonely phases in life to grow into a new and better version of themselves. The tree of life remains grateful for all the experiences that come its way because something beautiful will grow out of it. So should human beings.

A Feng Shui gem tree is often confused with a bonsai tree. However, it has completely different from than bonsai tree. It is usually made from a twisted wire and is composed of resin or wood.

The tree also comprises a trunk and branches, which usually have gems in place of leaves.

If you are interested in crystals, you will already know that they are potent stones with deep spiritual and healing properties. So, based on your suitability, you can hang crystals of your choice from the branches of a Geng Shui gem tree.

Caring for Your Tree

If there is one thing that you shouldn’t do to your Feng Shui gem tree, it’s never ignoring it. Thus, it is essential to take care of your tree. We have listed a few ways to help you take care of your tree so you only attract health, wealth, abundance, and happiness into your home and life.

Place it according to the Bagua Map

Bagua means ‘eight areas’ in Chinese and Octagon in English. It is also one of the main principles of Feng Shui since it refers to a systematic way of channeling positive energy to all the 8 energy centers connected to various aspects of life.

A Bagua map is no different. It consists of eight corners around the center representing all the critical areas of life, such as career, relationships, well-being, wealth, fame, etc.

So, you will first pick the living area you want to improve and choose the crystal associated with that area in the Bagua Map. Cleanse the crystal, set a firm intention for it, and then hang it on the branches of your tree.

To get the best results, it is advised to take expert help before placing the gem tree!

Crystals are precious stones and thus, need to be cleaned regularly to show positive effects in your life. So, you can soak them in moon water, put them under the moon’s light, especially on a whole moon night, or wipe them with clean water once in a while.

What does a chakra tree do?

A chakra tree forms the sacred geometric grid on specific strong points in our bodies, activating the serpent energy to travel through each chakra and energizing them all to the point that we connect with our higher selves. It is a blissful experience for those who have understood the reality beyond the human world.

What is the 7 Chakra Healing Tree?

Which crystal tree is best for home?

Amethyst tree is excellent at purifying homes from negative energy and is also has healing powers. Clear Quartz is also a good option since it cleanses the stagnant and unwanted energy from the house.

The chakra tree of life is an ancient symbol that represents growth, deep connection, oneness, rebirth, strength, emotional connection and compassion. It is a universal symbol of the way you feel at the time of your spiritual awakening.

However, it is always a good idea to learn about the things that connect you to your higher self, and so we feel that this article did something of the sort for you.

Thank you for reading, and we hope this article has improved your appreciation of the Chakra Tree, its symbolism and meaning. Do let us know your thoughts about it in the comments below.