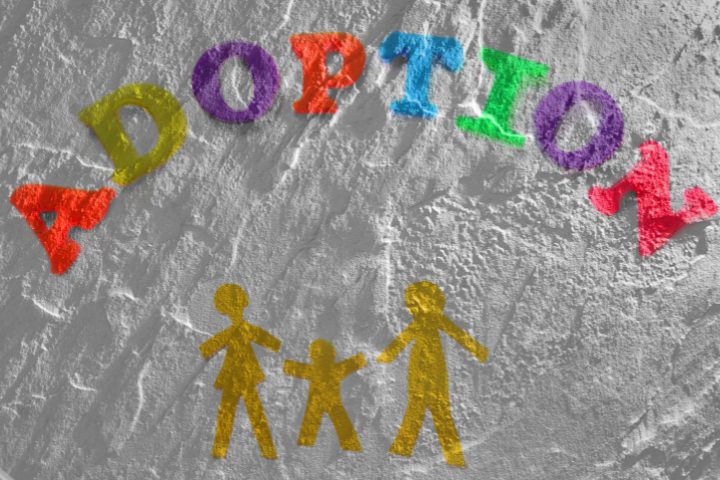 There is always a kinship between siblings. When the siblings are adopted that kinship can turn to love. But can you marry your adopted siblings? Is it legally and morally right for you to do so? Let’s try to tackle these questions in the article below.

When you are adopted, your family becomes your chosen family. And while staying with your foster family you may be closer to some family members than others. You might fall in love with your adopted sibling and want a lifetime commitment with them.

So, can you marry your adopted sibling? The answer is complicated. It depends on the relationship you have with them and the laws of your state. Let’s explore this question further!

Can You Marry Your Adopted Sibling In The USA?

There is no law prohibiting it. However, keep in mind that many states have laws banning marriage between siblings if they are related to the fourth degree, i.e., the children of the individual’s first cousins. In such cases, you cannot get  a legal marriage contract if you try to get married.

So, you may need to get special permission from the state government before getting married and give proof that you are not related.

There is no doubt about the prohibition of straight-line marriages. Still, there is no such prohibition for collaterals, so adopted children who descend from different parents can be married.

Why Do Some States Prohibit Marrying Your Siblings?

If you live in one of these states, you may not be able to marry your adopted sibling legally. You will need legal advice on how to proceed in such cases.

States that prohibit marriage between blood relatives generally do so to prevent inbreeding and protect people from marrying someone too closely related to them. Inbreeding can lead to genetic defects and health problems for the children of such a union. In cases you live in such a state and want to marry your sibling, getting legal advice is the right way to go.

There can be many reasons why someone would want to marry their adopted sibling. Perhaps they have a strong emotional bond and feel closer to them than anyone else.

Or, they may want to keep the family together and ensure that their children are raised in a stable home environment. It is essential to understand the legal implications of such a decision before taking the plunge.

Can You Date Your Adopted Sister?

There is no legal restriction on dating your adopted sister. However, it is essential to consider the potential implications of such a relationship. For example, if you are both minors, your parents may object to the relationship because they are responsible for your care and welfare.

Additionally, there could be concerns about incest or inappropriate sexual contact if you live nearby. Ultimately, it is up to you and your sister to decide whether or not to pursue a romantic relationship. If you choose to date, be sure to communicate openly and honestly with each other and your parents.

Is It Wrong To Romantically Fall In Love With Your Adopted Sibling?

It’s a question that doesn’t have a clear answer. There are no laws against falling in love with your adopted sibling, but it can complicate things if you act on those feelings.

If you were raised together as siblings, you might have a close bond that feels like love. But if you’re attracted to your adopted sibling romantically, it’s essential to consider how that might affect your relationship.

For one thing, it could make things awkward if you live together or see each other often. It could also strain your relationship with your parents if they find out.

There’s also the question of whether or not it’s morally wrong to fall in love with your adopted sibling. Some people would say that it’s no different from any incestuous relationship. Others might argue that it’s not as big a deal because you’re not biologically related.

Ultimately, it’s up to you to decide what you want to do about your feelings. If you think they’re strong enough to act on them, you should talk to your adopted sibling. But if you’re not sure or don’t want to risk ruining your relationship, it might be best to keep your feelings to yourself.

Can you marry your adopted sibling in Islam?

There is no direct prohibition against marrying your adopted sibling in Islam. However, there are some essential things to consider before taking such a step.

Adoption in Islam is not the same as it is in Western culture. In Islam, adoption is more like foster care, where the child retains their biological family. Marriage between adopted siblings would be considered incestuous and therefore forbidden.

Furthermore, it is essential to consider the practicalities of such a marriage. Adopted siblings often have different last names and may not share the same cultural background. This can make it challenging to build a strong relationship and cause problems down the road.

While there is no explicit prohibition against marrying your adopted sibling in Islam, it is not advisable. Many potential difficulties could arise from such a union. It is always best to consult with a religious scholar before making any decisions about marriage.

Signs You Are In Love With Your Adopted Sibling

It can be challenging to gauge how you feel about your adopted sibling, especially if you didn’t grow up together. However, there are some telltale signs that you may have developed romantic feelings for them.

1. You Tell Them Not To Address Each Other As Siblings

If you tell your adopted sibling not to address each other like siblings, it may be because you’re starting to see them more as romantic partners than a brother or sister. This can be especially true if you’ve known each other for a long time and have developed strong feelings for each other.

2. You Don’t See Them As A Sibling

When you start seeing your adopted sibling as a potential romantic partner, you may no longer see them as just a sibling. This can be confusing and even upsetting, but it’s perfectly normal. Just remember that they’re still your family and that you love them no matter what.

3. You Don’t Tell Your Friends About Your Adopted Sibling

If you’re starting to develop romantic feelings for your adopted sibling, you may not want to tell your friends about them. This is perfectly understandable, as explaining the situation to others can be difficult. Just try to be understanding if your friends don’t seem to understand what’s going on.

4. You Know Them For A Long Time

One of the signs that you may be falling in love with your adopted sibling is that you’ve known them for a long time. This could be especially true if you were close before you realized you had romantic feelings for each other. Try to think about how long you’ve known each other and how your relationship has progressed over time.

5. They Have All You Want In A Lover

If you find that your adopted sibling has all the qualities you want in a romantic partner, it may be because you’re already in love with them. This can be a difficult realization, but it’s important to remember that they’re still your family and that you should try to respect their wishes if they don’t feel the same way about you.

6. You Become Awkward Around Them

One of the telltale signs that you’re falling in love with your adopted sibling is that you become awkward around them. This can be due to various factors, such as not wanting to make things uncomfortable between you or feeling like you need to keep your distance to avoid crossing any boundaries. If you find yourself in this situation, try to relax and be around them. They’re still your family, and they love you no matter what.

Can you marry your half-sister?

Can two adopted kids get married?

Yes, two adopted kids can get married, but there may be some challenges they need to overcome first. For example, if the children were adopted from different countries, they may need a marriage license.
Additionally, if different families adopt the children, they may need permission from their respective parents or guardians before getting married. However, two adopted kids can tie the knot with some planning and coordination!

Love sees no boundaries, and when you love someone, you want to always be with them. But marriage is a lifelong commitment so when you are very confident about this arrangement, then only take a step further. However, the law is a bit unclear related to marriage between adopted siblings, but still, there is nothing that can stop you from doing so.

Thank you for reading the article, we hope that we have been able to clarify your doubts. If you have further questions, feel free to reach out to us in the comments.