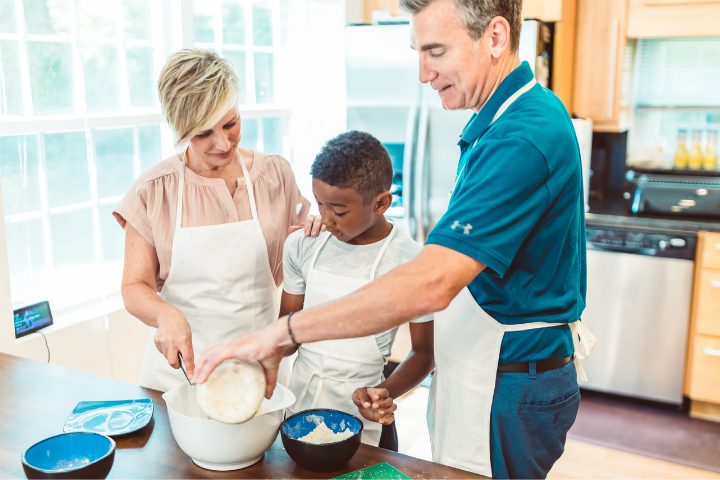 If a child was given up for adoption, do they retain rights to the birth parents estate? Can an adoptive child inherit from biological parents if there is no other survivor? We look at answers to such questions in the article below.

Nearly 153 million children are orphans worldwide. Adoption is a way to make the life of these children better. But adoption can also have a different side sometimes, where the adopted child may once again become close to their birth parents. But can an adopted child inherit from biological parents?

Adopting a child involves legal procedures. During the adoption procedure, the parents of the biological child terminate their parental rights, and the rights are transferred to the adopter. The adoptee usually does not have any right to inherit from his birth parents unless they have specified it in the will.

The article discusses more about how adoptive children can inherit from biological parents. So, keep on reading the article for more information.

Can An Adoptive Child Inherit From Biological Parents?

Adoptive involves a lot of legal processes, and one such process is a hearing in the court. If the judge approves for adoption, then he issues an adoption decree. The adoption decree ends the legal relationship between the birth parents and the child, and a new parent-child relationship starts developing between the adoptive parents and the child.

In most the States in the United States, the adopted child has the right to inherit property from his adoptive parents just like their biological children. But the adoptive child can inherit from biological parents in two ways which I am discussing below.

The birth parents can distribute their property to whoever they want, but they need to specify the names in the will. The will is a legal document that will express the desire of the birth parent on how the property will be distributed after their death.

The birth parents can include all the children’s names in the will, including the child who has been adopted. Moreover, the birth parents should also mention how to contact the adopted child so that the estate manager will not have any problem reaching you regarding inheritance.

But if the birth parents have not mentioned their adopted child’s name in the will, then it will not inherit on its own.

If the birth parents die without a will, the State will decide how the property will be distributed.

But there are some states which don’t obey the above the law.

According to Louisiana Government, the inheritance rights of a child from biological parents are not affected because of adoption. So if the birth parents of the child die without making a will, then the adopted child can inherit property from his birth parent.

Does An Adoptive Child Have Inheritance Rights From Their Adoptive Parents?

Moreover, if your adopted parents have not mentioned your name in the will, you will also have the same rights of inheritance as that of their biological child.

How To Best Protect The Inheritance Rights Of Adopted Child?

Sometimes your adopted parents are worried about their inheritance rights. I will suggest you make a will by taking the help of a lawyer. The will should clearly describe your relationship with the adoptive parents and your rights of inheritance.

You should constantly update the will and give contact details so that you will not face any problems during the property distribution of your adoptive parents. So, maintaining a clear and updated will is vital in every stage of your life.

What happens When The Adopted Child Is Not Included In Will?

The intestate law usually applies when an adopted child is not mentioned in the will. It usually happens when the will was made much before a child is adopted, and unfortunately, the will was never updated.

Most of the States in the U.S. address the issue in the same way. For instance, if in a will it’s written that all the children will get an equal share after the death of the parent, then you will get the share even if your name is not mentioned in the will.

Similarly, if a parent has not mentioned any child’s name in the will by mistake or a child is adopted after the will is made, the child will get a share of the parent’s property.

#1. Can I claim property if I am an adopted son without papers?

If you were born before 1956, then no adoption deed was required. So, you can claim the property.

#2. Can an adopted son claim his biological father’s property?

If you are adopted, you don’t have the right to claim o your biological father’s property.

#3. Do adopted children have the same rights as natural children?

You will enjoy all legal rights, including inheritance as that of the adoptive parent’s biological child if you are adopted

Many children in this world want a permanent home. Similarly, many families struggle to grow their families and have a child. Fortunately, adoption is a way that helps both parties. If you are adopted, then you have inheritance rights from your adopter like their birth children.

Thank for for reading, we hope we covered all the salient aspects of this question. If you have further doubts, do please let us know.