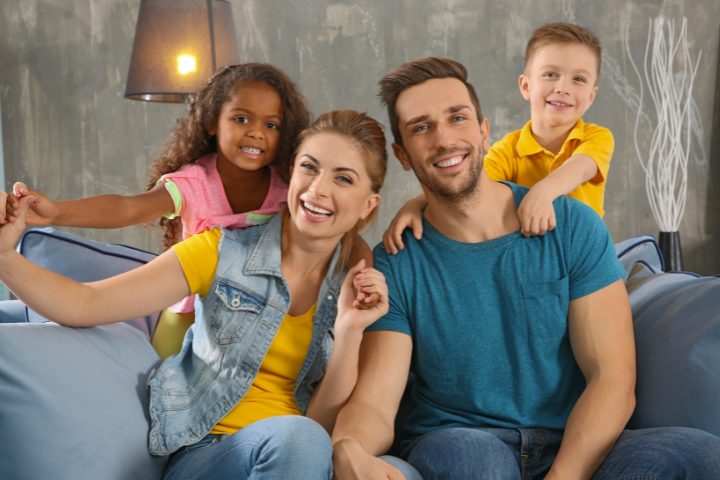 Can Americans adopt from Russia? Given the checkered history between the two nations and the geopolitics involved, there is a pause on adoptions from the US, even for a humanitarian cause. Find out more.

The orphanage system in Russia is growing every year. It’s estimated that there are 600,000 orphans in Russia, and most of them have their parents alive. Given the magnitude of the crisis, adoption is a key to making these orphans’ lives better. But, can Americans adopt from Russia?

The article discusses what you can do now if you want to adopt a child from Russia.

Can You Adopt From Russia?

Most of the intercountry adoptions were from Russia, Ethiopia, and China till 2011. In fact, most of the children adopted from Russia were by parents from the U.S..

It is estimated that adoptive parents in the U.S. have adopted millions of children from Russia in the last 20 years. But in January 2012, the Russian government passed a law that banned intercountry adoption of adoptive parents from the United States from Russian adoption.

The law broke the hearts of many parents who were in the last phase of the child adoption process. Those parents had spent a lot of money on traveling, court fees, lodging, attorney fees, adopting agency, and others, but still, they cannot take the child to their home.

Besides the regret of many parents, the most important thing is that there are a lot of orphans in Russia who want a new home. Adoption is the only way to give them a better life and provide all the basic needs which they deserve.

But because of the law, these orphans can no longer be adopted by the U.S. and other countries. The real reason for passing such type of law is not known to another. But some people think the parliament of Russia scares that if some other country adopts a Russian child, it will forget Russia’s heritage and culture.

What does Russia’s Law Affecting Adoption Means For U.S Parents?

The president of Russia, Vladimir Putin, passed a law in December 2012 regarding child adoption, and it went to effect in January 2013. The law says that

The supreme court of Russia sends a letter to all the regional high courts where there is an explanation regarding the new adoption law and its implementation. The letter even says that the adoptive parents of the U.S. will have legal parental rights on the Russian child if the court has decided on adoption before January 2013.

What Can You Do To Continue Adoption In Russia?

The United States Citizenship and Immigration Services(USCIS) still accepts applications from parents who want to adopt a child from Russia.

But unfortunately, Russian law prohibits these U. S citizens from adopting any child from Russia. The Russian court will only issue an adoption decree if the court has decided to adopt before January 2013.

You need to maintain your form I-600A as long as possible if you want to continue chasing adoption in Russia. You can request the extension of the form in writing by going to the USCIS office but not earlier than 90 days before the expiry of the form (it will be free of charge). Simultaneously you have to update your home study and submit it to the USCIS office.

You require almost between $33,000 to $42,000 to adopt a child from Russia. The adoption process is quite expensive because you have to spend money on traveling (including lodging), court fees, attorney fees, adoption agency, dossier fees, post-placement fees, and various others.

However, the range is just an estimation. The price may go high or low depending on the type of adoption agency you choose, how many times you travel to Russia and how long you stay in Russia for child adoption.

What Can You Do To Switch To A Different Country?

To Switch To An Adoption In Hague Country

You have to file I-800 A form and complete a home study where you will mention the Hague governed country from where you desire to adopt the child. Moreover, you have to attach other necessary documents as per the instruction given in I-800 A form.

If your I-600A form is still pending, then you don’t have to pay any separate fees for adopting a child from a Hague convention country. You have to notify the National Benefits Center of USCIS in the form of writing about your desire to adopt a child from Hague country.

Moreover, you have to fill out the I-800A and submit it to USCIS. Simultaneously you need to submit a home study where you mention the Hague country from where you wish to adopt and provide all the documents as per instructions given in the form I-800 A.

To Switch To An Adoption In NonHague Country

The USCIS will not charge a fee from you if it has accepted the I -600 A form and you are changing from Russia to another Non-Hague country for the first time. But you need to notify the USCIS office in the form writing.

Simultaneously you have to submit a home study again if there is a significant change in your house or if your previous home study was only for adopting a child from Russia and not from other countries.

Again, if you wish to change one more time to another non-Hague country, you have to fill I-824 form along with fees.

If your I-600 A form is pending or not accepted by USCIS, you can change from Russia to a non-Hague country without paying any fees. However, you need to notify the USCIS in writing form about your need to change into a non-Hague country. You also need to submit a home study if your previous home study was only satisfying conditions to adopt a child from Russia or if there is a significant change in your house.

You might also like to read: How To Adopt A Child From The Philippines To the USA?

The parents who change want to change from one non-Hague country to another non-Hague country for child adoption have to fill I-824 form and pay the fees. But USCIS has decided to exempt fees from adoptive parents in some cases. I am listing them below.

#1. You had an accepted and valid form of I-600A when Russia passed a law forbidding child adoptions in January 2013.

#2. You have requested USCIS to change from any non-Hague country to Russia for child adoption one time.

#3. You desire to adopt a child from another non-Hague country.

If you meet the above criteria, you can request USCIS in writing to change from Russia to another non-Hague country for child adoption. Again the USCIS will not charge any fees from you.

Suppose you have already paid fees to USCIS for changing Russia to another non-Hague country for child adoption, mainly after the law was implemented in January 2013. In that case, you can request USCIS for a refund. You have to make a refund request in writing form and send it to the National Benefits Center of USCIS.

#1. What countries can the U.S not adopt from?

#2. Which is the easiest country to adopt from?

You can easily adopt a child from China because of their stable and predictable program. The Government of the United States also allows its citizen to adopt children from China. In 2016, nearly 2231 china children were adopted by the United States.

#3. Do orphanages still exist in Russia?

Yes, orphanages are still there in Russia. The number is growing by 6000 newborns each because most parents are leaving their children because of disability. Most of the orphans in Russia are social orphans. The reason is that their parents have left legal rights because of drug addiction or alcoholism, or their mother has left them because of disabilities.

#4. How much does it cost to adopt a baby from Russia?

The number of orphans in Russia is rising rapidly every year. Adoption is the only way to keep these children a better life which they truly deserve. In the 1990s, most American families were choosing Russian children for adoption.

It’s estimated that from 1999 to 2011, parents from the United States adopted nearly 1,000 children from Russia each year. But the child adoption started to decline after 2011. Most of the adopted children of Russia had special needs. Again they don’t have accurate medical information.

Thank you for reading this article. We hope I have covered everything related to adopting children from Russia. If you have any further doubts, please do not hesitate to write to us.