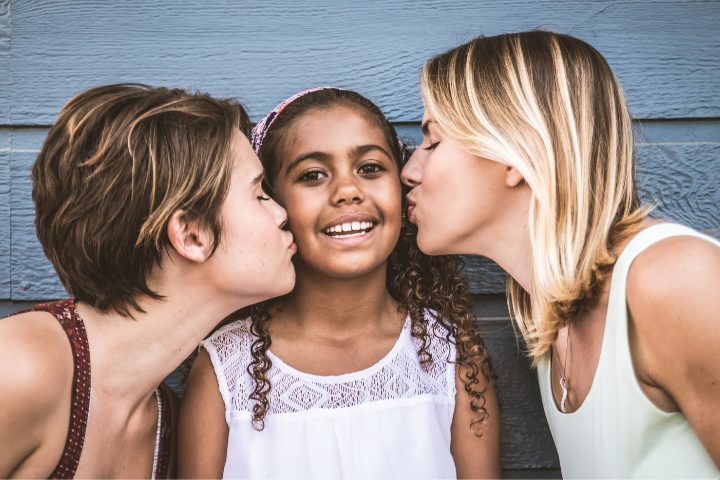 We take a look at the age old adoption vs. abortion debate in detail, talking about why each option may be good or bad for you and what factors may affect your decision. We will try to stay subjective, and hopefully help you come to a decision that is best for you.

Adoption versus abortion is a common debate that mothers have when unplanned pregnancies come up. On the one side, giving birth and putting up the child for abortion the child is getting a life and a family to live with. However, this may not always happen, and adoptions may not always result in happy families.

On the other hand, abortion will take away this possibility at a life completely, but it will also make sure that the mother will not have to face a situation where she regretted her decision to give birth later on.

Sometimes the thought of looking after a child full-time makes parents panic if they feel they are not ready to become parents. In some cases, the biological parents don’t want to give up their child, but they have to, as they may not be financially capable enough. In such cases, it is best that these parents put up their child for adoption.

Some people view adoption as a kinder deed than abortion. On the other hand, some even consider abortion unethical. In this article, we will explore abortion and adoption in detail so you can have more insights into both these terms.

What is Adoption And How Much Effort Will You Have To Make For Putting Your Child Up For It?

Adoption is a process in which the birth parents gives up their legal rights and claims from their child. There can be many reasons parents may have to put up their child for adoption. Some parents willingly put up their children for adoption, but some people have to do so because of circumstances such as an unintended pregnancy.

Adoption is a great way for gay couples to start their family. Both the parents share the claims and authorities of the child. If a team is looking for adoption, in that case, the adoption is joint.

Understanding the Effort Involved in Adoption

The first part of the adoption process is to connect with the authorities. As a pregnant woman that is about to give birth and doesn’t want to keep the child, you need to communicate with an adoption agency.

You can also connect with an adoption attorney, who will help you find an ideal adoption agency and look after all the paperwork. You will need someone to guide you through the adoption process along with the right resources. The adoption agency will start working to find the right adoptive parents for your child.

Doing The Legal Work For Adoption

The next step is to seek support from these adoption agencies and advisors. Since you are pregnant, it is easy to have someone represent you in court and do all the paperwork for you.

The adoption attorney will be your point of contact during the whole adoption process. Pregnancy also sees a massive influx of emotions. Having someone in a similar position can act as positive emotional support. They can also connect you with a mentor or guide who will help you have a healthy pregnancy.

The next step is to start filtering out the adoptive parents. You can examine and analyze all the profiles of the applicants. Once you shortlist some profiles, the adoption agency will connect them to you.

You can even arrange a get-together with them and try to explain to them your demands and requirements. After meeting with all the potential candidates, it is up to you to select the one with the most potential.

From the perspective of a pregnant woman giving up their child for adoption, there are a lot of pros to adoption. Some of these benefits are:-

Why Adoption May Not Be a Good Idea?

Some of the cons of adoption are:-

Abortion refers to the process of removing the child from the fetus or the embryo before it can survive outside of the uterus. In simple terms, abortion can also be called the termination of a pregnancy. Pregnant women go through abortions mainly during the earlier stages of pregnancy. They should go through with abortion during the first trimester.

Abortion is a medical treatment, and the pregnant woman has to undergo surgery, where the doctor removes the unborn child from the belly of the mother. The process for abortion is as follows:-

Why Go For Abortion?

Why Some People Do Not Condone Abortion?

The cons of abortion are:-

Factors That May Influence Your Decision for Adoption or Abortion

Yes, it is true that other factors also play an essential role when making important decisions, such as going for adoption or abortion. Some of the major factors that can influence your decision are:-

Adoption Vs. Abortion Which Is The Right Option For You?

Women can have various reasons for considering going for either adoption or abortion. Sometimes people may consider adopting as giving the baby up, which is not true as the child is more likely to get a better future and opportunities when the birth mother is unable to financially look out for their child. Then also, women can consider going for either adoption or abortion.

The right option for a person is subjective here; each person is at a different stage in life and has additional requirements. If a mother feels that they are ready to give birth to a child and then give him or her up so they can get a better lifestyle, then she should go for adoption rather than abortion.

There are no particular steps for choosing between abortion and adoption, and you must do what you think is the best option. There are also several cases of adoption by single adults or parents, and these people adopt children as they want to start their own families.

Some Facts and Statistics on Abortion

Some Facts and Statistics on Adoption

Some interesting facts regarding adoption are as follows:-

Is abortion more expensive than adoption?

No, abortion is not more expensive than adoption. Adoption is more costly than abortion. On average, abortion of a child can go for near about $600. On the other hand, the entire cost of adoption can be as close to $ 30,000.

Why is adoption not an option?

Some people don’t believe in putting up their kids for adoption. This is because these people think they are not ready to go through all the physical changes the body goes through. Some women are just not prepared to experience that kind of change in their bodies.
Pregnancy can be excruciating, so they opt for the more straightforward solution: adoption. In most cases, adoption can also be done without surgery with just the use of some medicines.

What happens to children of unwanted pregnancies?

Children that take birth from unwanted pregnancies are adopted with the parents’ consent. The biological parents can work with the adoption agencies to find the best parents that might be suitable for their child.

Even if you cannot look after the child and look for abortion, you should give birth and put the child up for adoption. We hope this article gives you a perspective on things, and helps you come to the best decision for yourself.