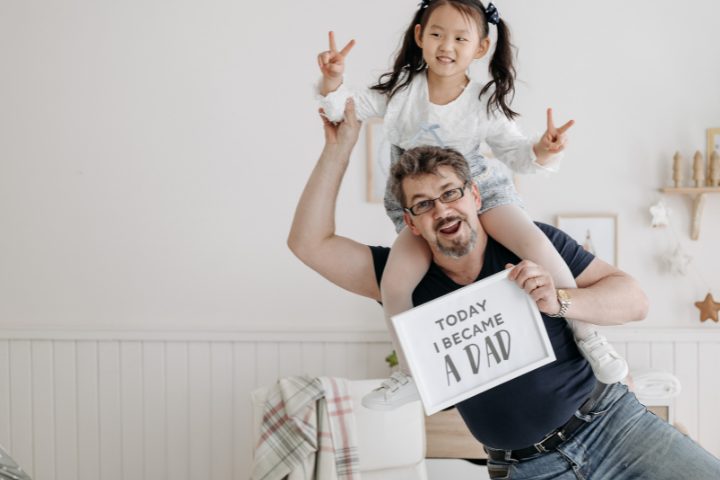 Here are a bunch of myths, and concurrent myth-busting adoption in the United States facts and statistics to ponder over, and make up your mind in this great debate.

There was a time when there was a lot of stigma around adoption, not only in the U.S. but across the world. However, with time, things changed, and people became more open to the idea of adoption. However, many misconceptions and untrue beliefs surround the concept of adoption.

So, today, we decided to lay down some unique facts and statistics related to American adoptions that will help you learn the reality of adoption in the country and encourage you to adopt a child in need without having to feel guilty about it.

There are several reasons prospective adopting parents want to adopt children in America. However, there reasons also to stop them from taking the first step. It can be anything, from the fear of getting ill-treatment from their non-biological child to wondering whether they are the right people to adopt a child.

Thanks to these myths, the questions and confusions are many, but the answers are now ready! All thanks to the 2007 National Survey of Adoptive Parents (NSAP)1, which laid down the most extensive adoption statistics in America until now.

We hope that the published statistics will help you find the answers to your adoption-related query and confusion.

Let’s begin with how many children are waiting to be adopted in the U.S.?

One great misconception, rather belief, of prospective adopting parents is that the adopted child won’t be loved as much as the biological child.

So, this should calm you down in case you want to adopt but are scared due to the misconception of not being able to give the same amount of love to your adopted child as your biological child.

Birthparent Misconceptions vs. Statistics About Adoption

How many couples are waiting to adopt a child in America?

Our point is that it is not always the adopting parents that have misconceptions about adopting a child. The above stats clearly show that a large population wants to adopt a child, but they aren’t able to – one of the reasons is the misconceptions of birth parents.

It is already quite difficult for a birth parent to put their child up for adoption. On top of that, several misconceptions stop them from moving further with the paperwork, such as, “my child won’t love me and never talk to me again.”

The below statistics will clear off the above misconception and more of the birthing parents.

Those birth parents who believe that their child will hate them if they put them up for adoption have never seen authentic stats and have made a belief by watching the TV drama shows.

Another misconception is that if they put their baby for adoption, the birth parents might never see their child again.

This one is again the result of watching those prime-time shows on television when the statics tell a whole different story.

So, if you are prospective birth parents conscious about putting your child up for adoption, you can go ahead with it without worrying about not seeing your child again.

The ‘my child will not know he or she is adopted’ is so 20th century, yet it has managed to stay in the lives of many birth parents.

One of the most entrenched misconceptions about birthing parents that the vast majority believe is that the mother is irresponsible or selfish if she puts her child up for adoption.

It is rather selflessness on her part that she is willing to give up her child for the sake of their future, which she seemingly won’t be able to provide. 13

Some of the significant U.S adoption statistics related to birth mothers are worth reading. 14

There is no such thing as a selfish mother when taking care of one’s child. You are not selfish or irresponsible for wanting the best for your child.

Many people will tell you that it isn’t easy to adopt a child and take care of it. Well, it is true, but that is life. It is, in fact, not always the worst-case scenario. There are several misconceptions related to adoptive families when the reality is far different from it.

The second most common adoptive family misconception is that one must wait for several years to adopt a child, especially a newborn.

We have listed some of the most common education adoption statistics below for your perusal and understanding. 19

Even though not many people associate themselves with home neighborhood adoption statistics when considering adoption in the U.S., we felt the need to include some of the related ones in this section.

You consult your adoption agency or concerned authorities for many other adoption statistics related to your home neighborhood.

You might also like to read: How Much Does It Cost To Adopt A Child From China?

Perhaps the most significant shift in U.S. adoption laws is that the LGBT community now has the right to adopt a child. However, not many people know about joint gay adoption or how many people assume children in America?

These gay adoption facts statistics might help gay couples who want to adopt but have misconceptions or doubts about it.

Aging Out Of Foster Care

Do you know that more than 250,000 children are placed in the foster care system in the U.S. every year? 27

Below are some statistics that show how foster children are out of the care and still are not reaching anywhere. 28

There are a lot of statistics related to this topic for you to learn, and thorough research will help you see the truth of aging out of foster care.

Why Is Adoption Bad? Statistics

The only bad that comes from adoption is bad people and a broken system, nothing else. So, why adoption is alarming statistics isn’t even a question. There are several disturbing statistics related to adoption, and we have shared some of them here.

It can be challenging to adopt a child, learn their ways of living, and teach them how to adjust to their new lives. However, the fact that a person’s life is about to be changed for good or worse entirely depends on the parents.

[8] How Many Couples are Waiting to Adopt a Baby?

[9] How Do Children Feel About Being Adopted?

[12] Will My Child Know About His or Her Adoption?

[20] The Changing Face of Adoption in the United States

[24] What is Transracial Adoption?

[26] Same-Sex Parenting: What to Know and How to Prepare

[32] Time to Decide? The Laws Governing Mothers’ Consents to the Adoption of Their Newborn Infants